Adventure into the Siberian Wild Taiga: A journey of nature and ethnography

We invite you to an unforgettable trip to Evenkia, an incredible region covered with virgin, pristine and impenetrable taiga, marked by many mountain rivers. One of them is the great Podkamennaya Tunguska River, through which we will navigate for a large part of our journey, we will go up some of its tributaries and finish our route when we reach the waters of the Yenisei River. This is not a tourist trip, but a real expedition, during which the pages and unknown secrets of the Siberian taiga will be opened to us.

Traveling through Evenkia, we will learn and become familiar not only with nature. We will discover the ethnic world, the life and the traditions of the local populations: Evenks, Kets, and the “Old Believers“.

The Podkamennaya Tunguska River is known as the “Pearl of Siberia”. During the tour we will see how its high rocky basaltic stone shores that sculpt pillars, are replaced by the bright green of the taiga, which extends endlessly beyond the horizon. This river is famous for the richness of its waters, about thirty species of fish live in the river. The main inhabitants of the river are the taimen,  tugun, lenok, grayling,  pike and perch.

In the river the sport fishing of the taimen is practiced (fishing without death). We will also be able to fish trout to eat during our camping on the banks of the river, for example in “Lenka’s well” on the Kondromo river, or at the mouth of the Kochumdek river. 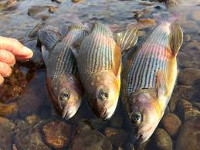 The Evenki (Tunguses) – one of the most numerous indigenous people from the North, preserving the identity and traditional religious beliefs. Polygus village. 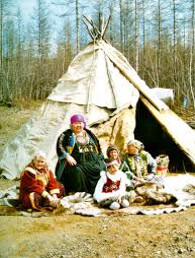 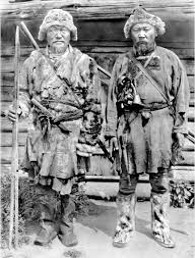 The Keti are miraculously  preserved ethnic group. Despite their primarily Siberian roots, keti have a genetic link to the South American Indians. Their orthodox faith does not prevent them from believing that during the Creation period men came down to earth from the stars. Sulomai village. 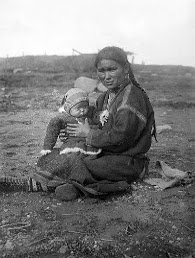 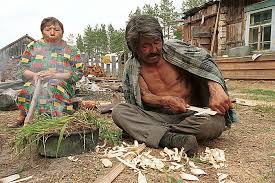 Old believers are modest and even ascetic, and their culture is full of archaicisms. Many old believers wear beards, do not drink alcohol, learn Old Slavic, and some wear traditional clothing in their daily lives. Burny village.

The climate of this territory is temperate continental, which manifests itself mainly in the temperature regime. Average temperatures in January are -25 … -26 ° С, the minimum temperature reached is -62 ° С.

The amount of precipitation is moderate: in the western part of the reserve, its average annual quantity exceeds 400 mm, in the eastern part it reaches 580 mm. The western ledge of the plateau and the upper basement plain are upwind with respect to wet atmospheric flows, as a result of which the amount of precipitation increases from west to east.

In the western central Siberian plateau, the deepest winters are observed throughout Siberia (excluding the mountains of southern Siberia). The average depth of snow in the east of the reserve reaches 114 cm, the maximum – 140 cm, and in its western part – 94 and 120 cm, respectively.

The reserve is characterized by long winters, pleasant spring, short summers and early autumn. The snow already falls in the first fortnight of October, and in the second fortnight a stable snow cover is formed. The melting of the snowy surface begins in early or mid-May, the snow generally finishes melting in late May. On the north-facing faces of the taiga, the snow fields persist until July. 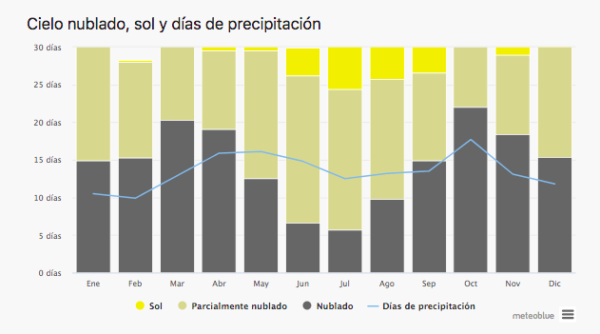 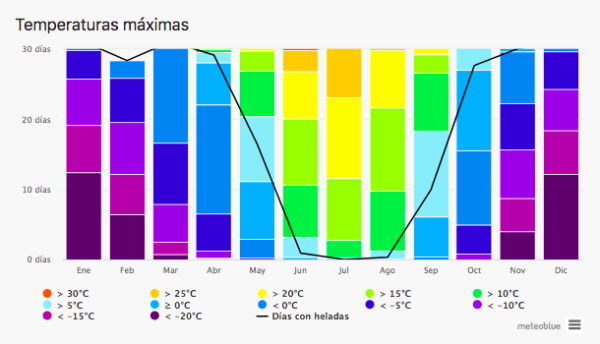 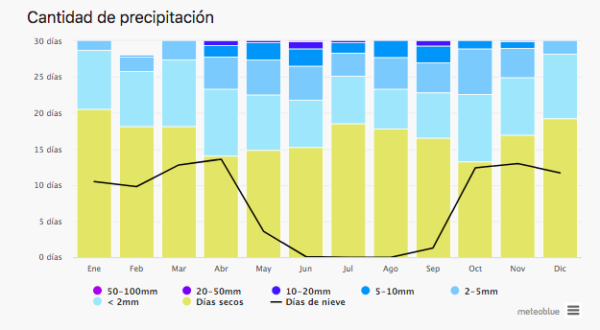 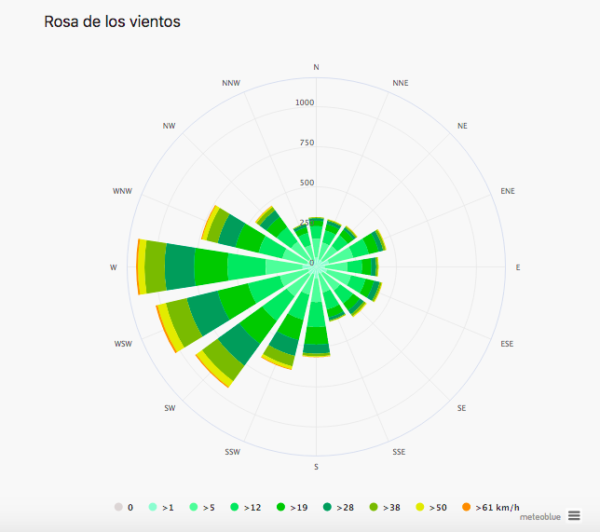 The Natural Biosphere Reserve of the State of Central Siberia was established by Decree of the Council of Ministers of the RSFSR on January 9, 1985.

Preserving 1,019,899 hectares of land, (10,199 km²) the Central Reserve of Siberia is one of the largest forest reserves in the world. The Yeloguisky State Nature Reserve covers an area of 747,600 ha.

In 1987, by decision of UNESCO, the Siberian Central Reserve was included in the international network of biosphere reserves.

In the Reserve they have been cataloged

The reserve is located in the middle subzone of the taiga. The region is characterized by three main types of habitats (Bursky, 2002).

In this area of the Siberian taiga we can find mainly 3 vegetation areas:

It is dominated by Siberian cedar (Pinus sibirica) with a mixture of Siberian spruce (Picea obovata), less frequently spruce (Abies sibirica), and a continuous covering of moss. This is an extended but unproductive forest type, although conditions here are quite stable.

This habitat represents a wide variety of successive vegetation stages derived from the dark coniferous taiga after a fire. Recent fires are often semi-open habitats with plenty of dead trunks and branches, a dense, young birch population, covered in dense grass. Over time, they become a forest dominated by deciduous species: birch (Betula pubescens) and aspen (Populus tremula), and a mix of Siberian larch (Larix sibirica). In many cases, fires are heterogeneous, consisting of sections of residual forest stands and, to varying degrees, burned fragments, including those that have been repeatedly exposed to fire and are at different stages of overgrowth.

The flood plains develop mainly on the left bank of the Yenisei River and occupy an area incomparably smaller than the taiga and burned areas. However, due to the great variety of conditions and, consequently, the great variety of plants and their high productivity, this habitat largely determines the diversity of the avifauna of the region (Forstmeier et al., 2001; Bursky, 2002). 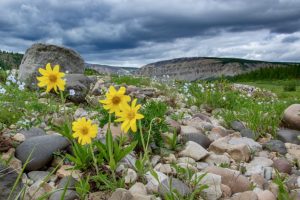 The wolf is rare and avoids continuous taiga but it is present, just like the fox and the arctic fox.

The brown bear is a typical and common inhabitant of the reserve and outside it. It prefers the forage river valleys, which are often found in the Yenisei floodplain. The number is not particularly high, generally no more than 2-3 animals per 100 km² In especially forage areas – in pine forests with a good harvest of fruits, in spring in riparian areas rich in wild cherry trees, in red cranberries, and in places on the Yenisei floodplain – the number of bears is greater. Often attacks moose.

The wolverine is a characteristic beast of the Yenisei taiga and the entire reserve. She is very careful, and in summer it is almost impossible to see the glutton. On average, their number is unlikely to exceed 1 beast per 100 km² of taiga. It is a strong animal that can reindeer and even small elk, it is a well-known within the reserve and surroundings. Hunters don’t like the glutton, as he often goes to hunting areas and eats the animals that have fallen into his traps, or cleverly reduces the traps by eating bait.

The musk deer in the reserve is very rare and is regularly found only in its easternmost part: In Evenkia, in the landscapes of the central Siberian plateau. 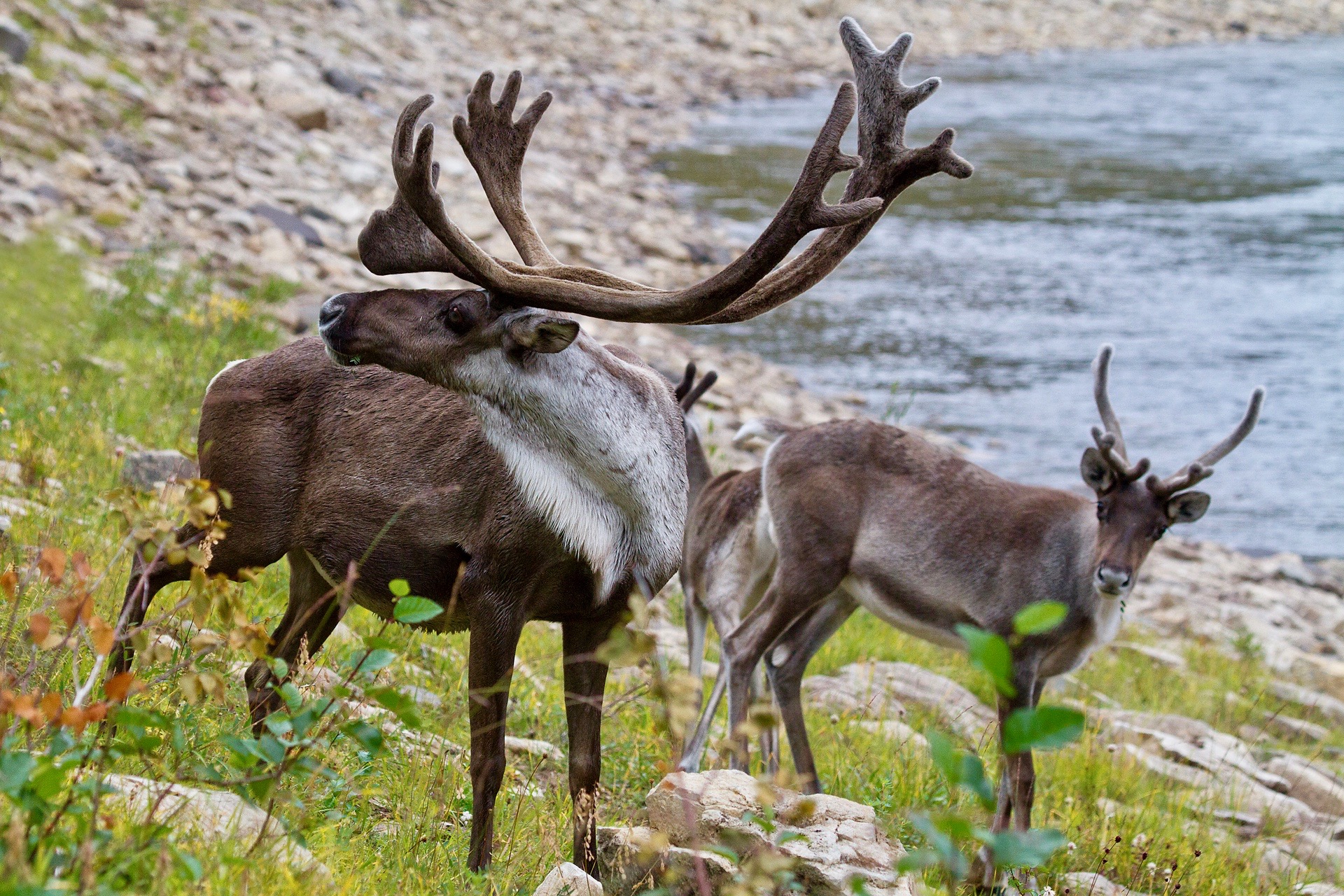 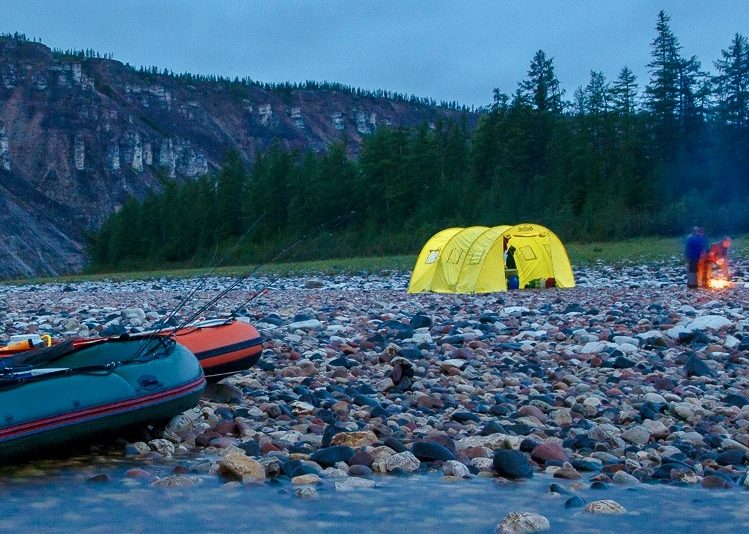 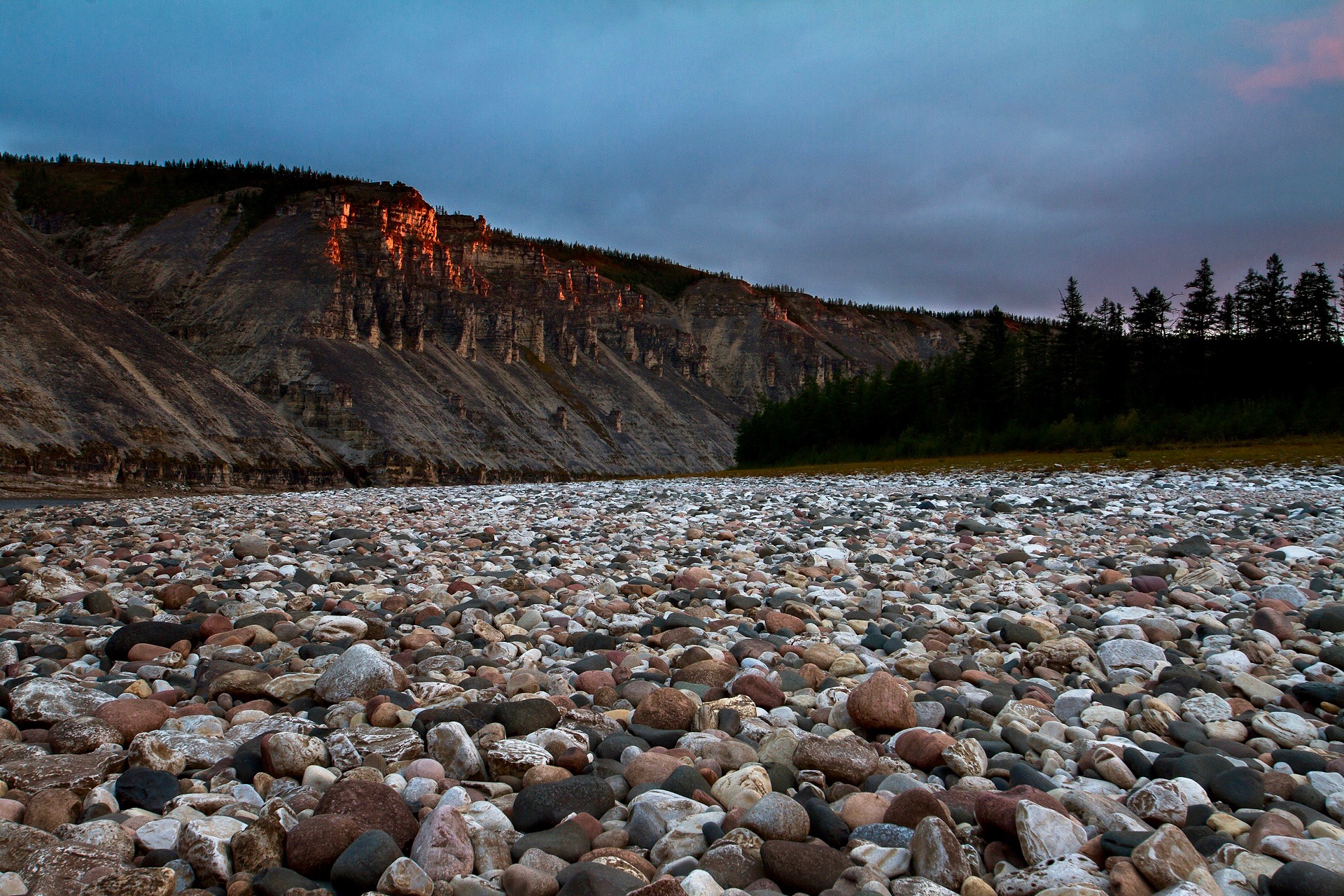 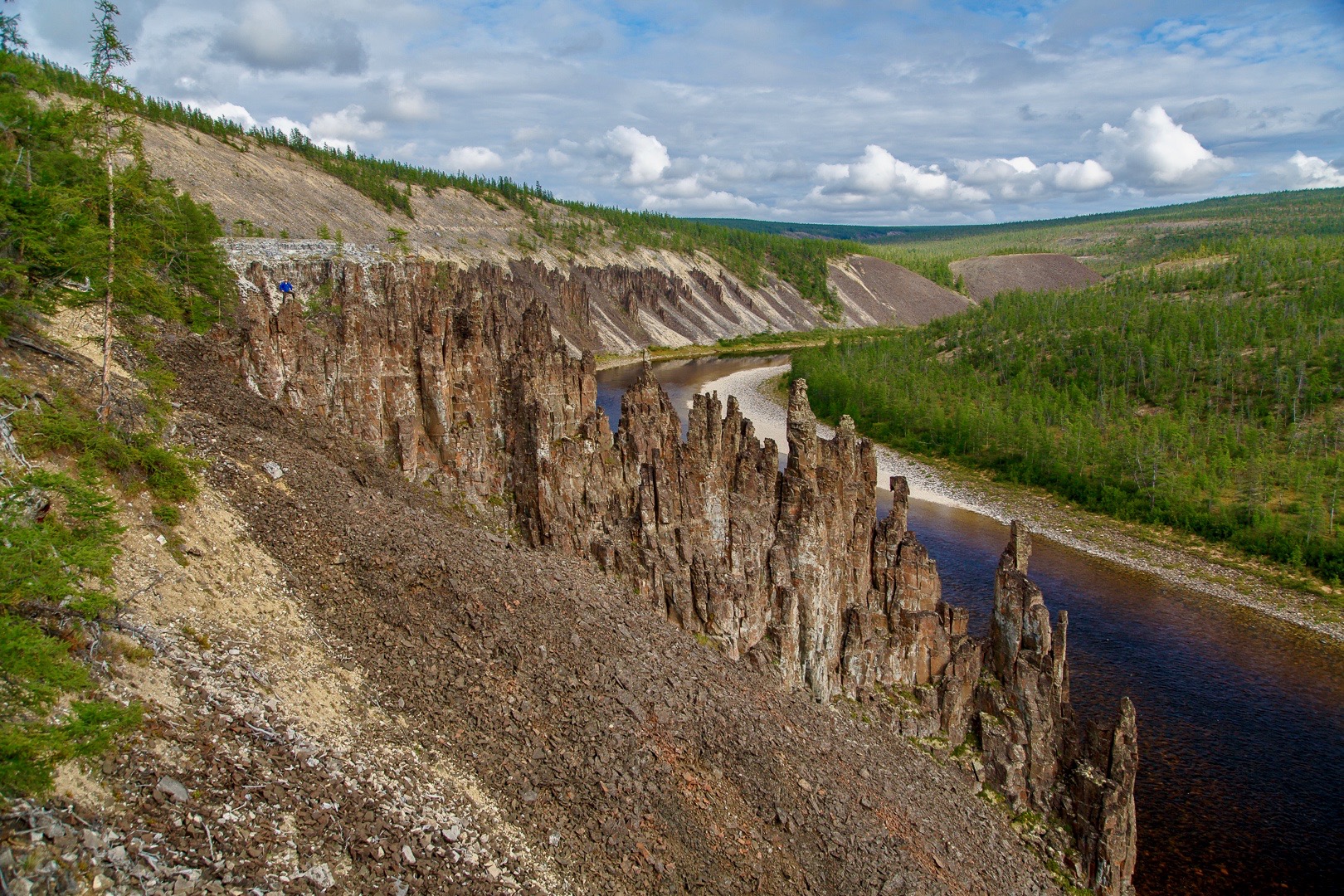 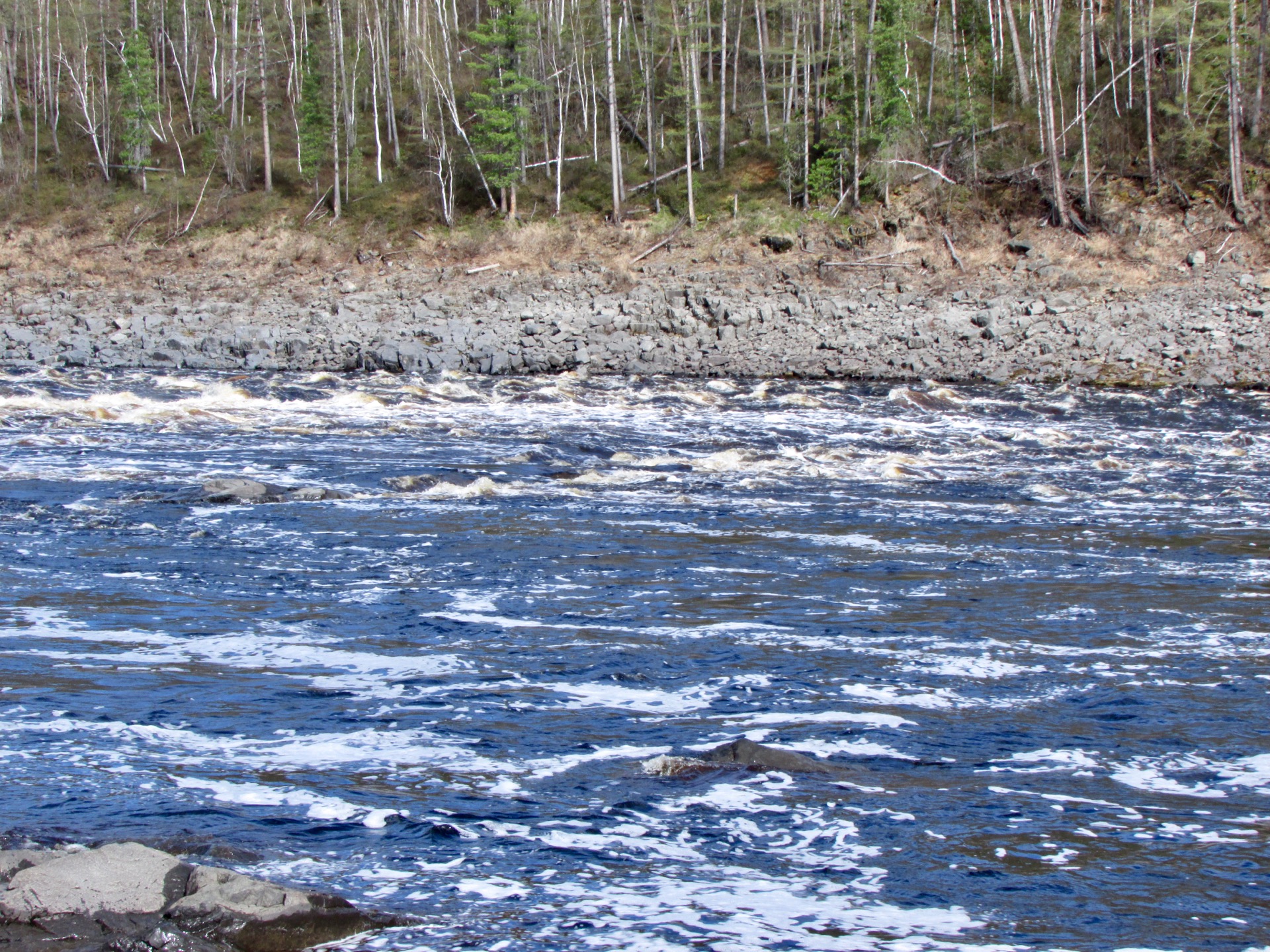 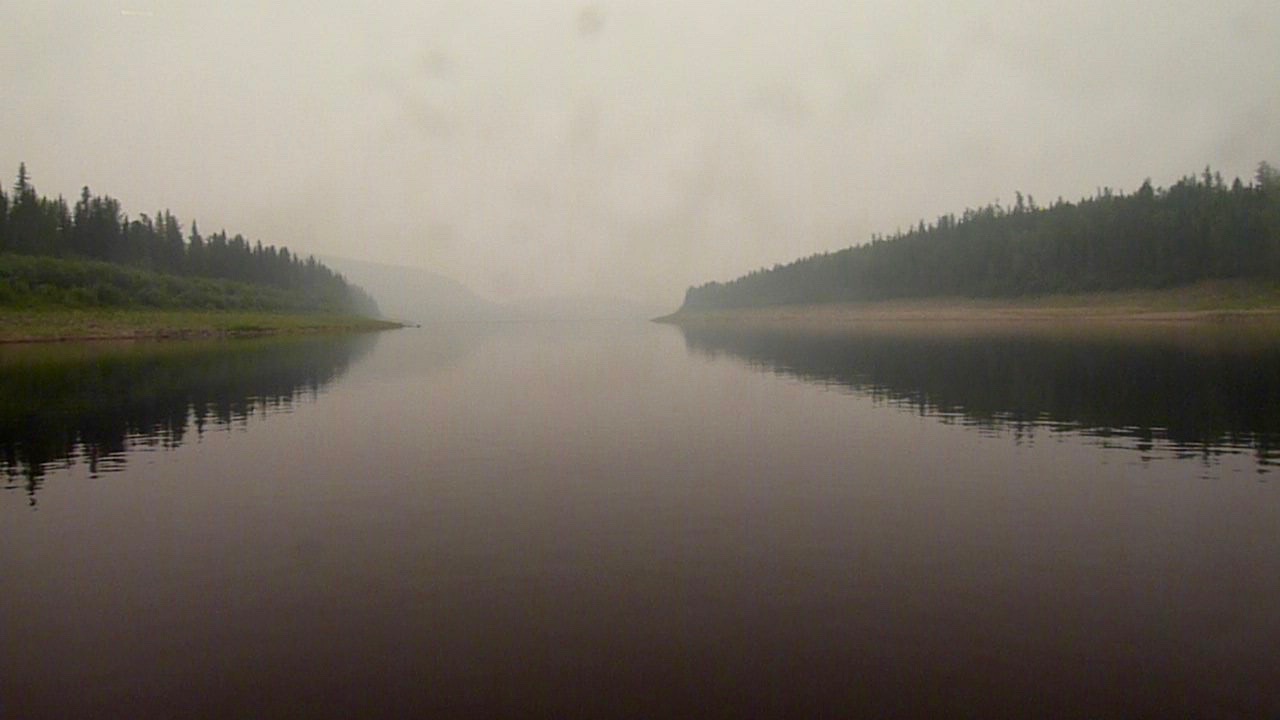 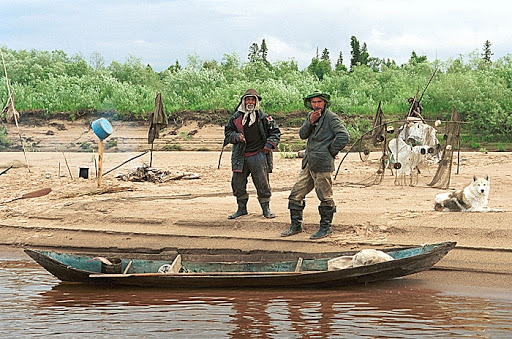