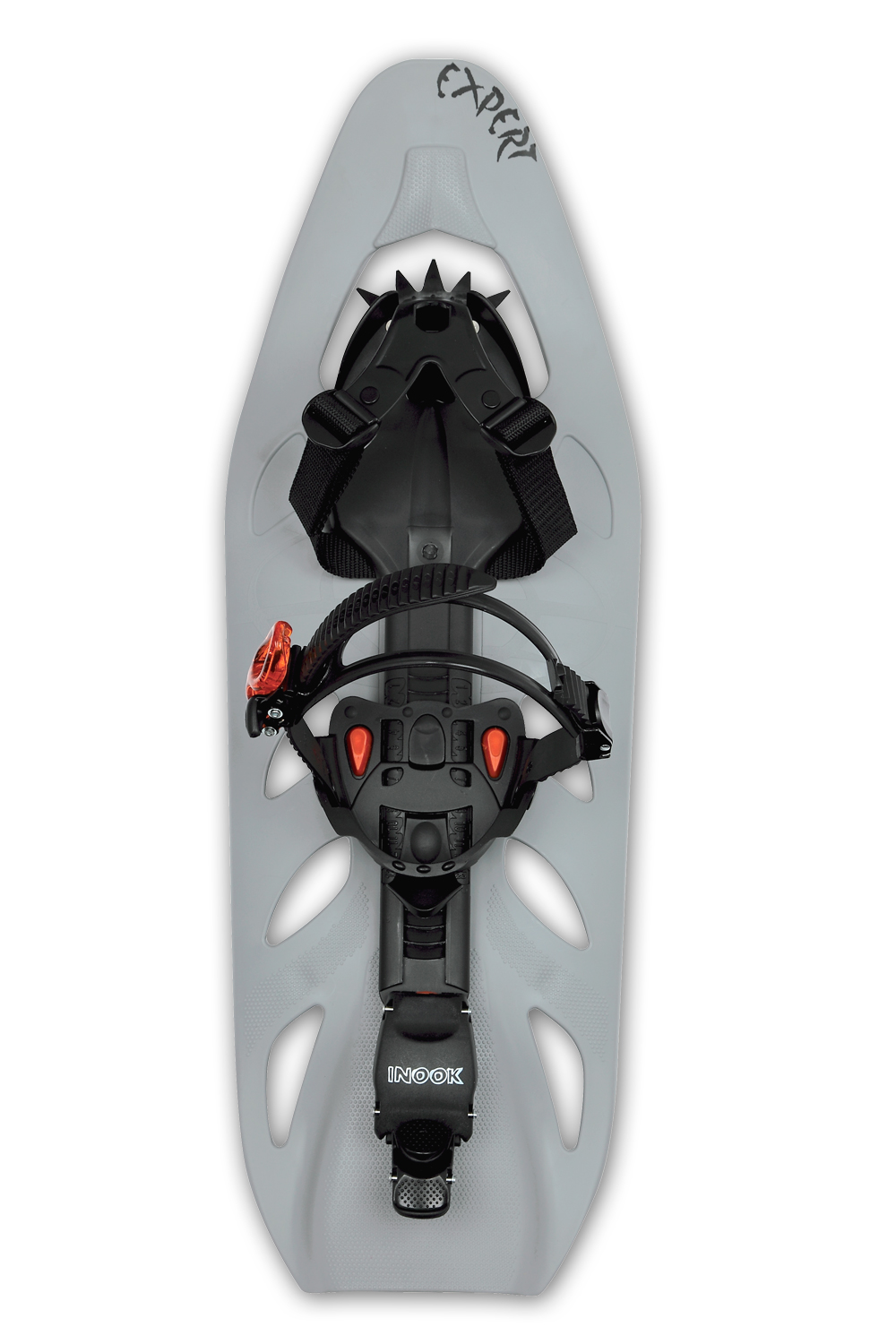 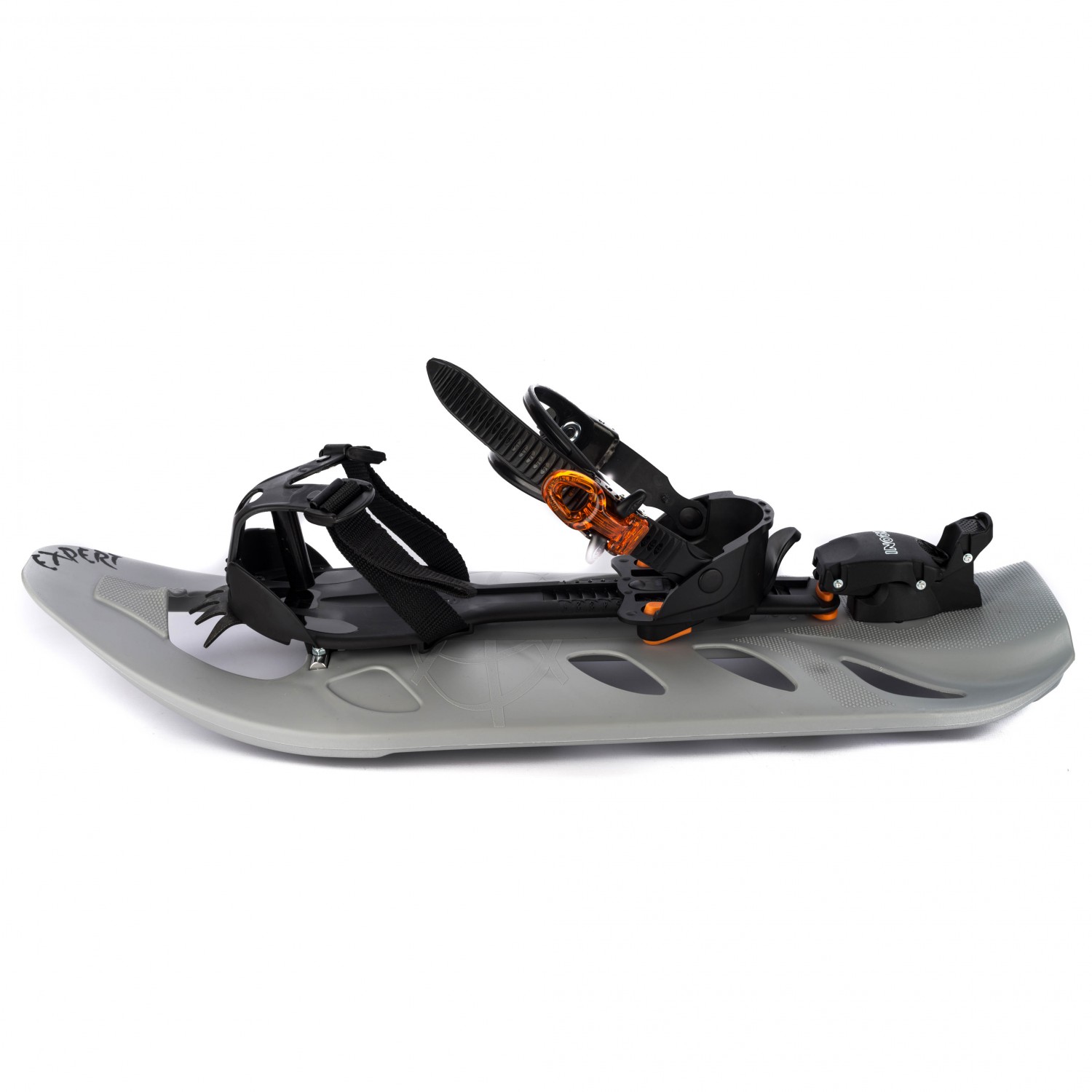 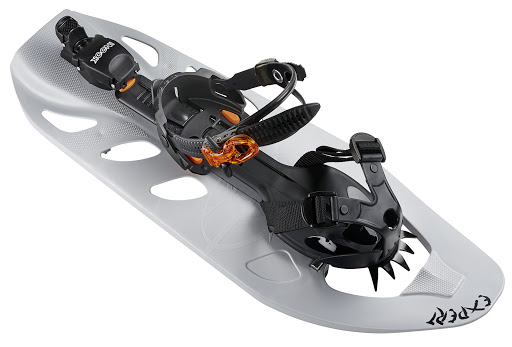 General information about the product

A reliable snowshoes for any type of terrain and any type of snow.
A great classic known for its durability and stability; he has been chosen by the French army.

A push with the stick on the back of the AGS – without bending – and the plate is released. Another push and the plate is locked or in a climbing position, depending on whether the foot was lifted or not.

This detail is very important because it allows the shoe to hold perfectly, without creating any pressure lines, which could cause real problems at the end of the day.

The shape of the foot is respected.

Wing concept
The frame viewed from below shows the domed profile, which provides stability and excellent grip when traversing slopes. The snow on the frame falls on the sides, but especially under the frame the snow cannot stick; even with higher degrees, the pace stays light.

To get the most out of a snowshoe tour, listen only to nature, all plates are equipped with shock absorbers under the heel.

Resizing is really simple; press the lever against the back of the binding and pull it back to enlarge the size. Then you push the whole part until it touches the shoe; it locks automatically.

NOTE: The price of the product is € / week
If you are interested in renting this product contact us